This past November, faced with the impending months of winter, I began to think about how we might increase my daughter’s level of indoor exercise from zero to, well, more than zero.

I came across an old episode of Mousercise from the 1980’s and it became an instant favorite.  Not only a favorite – something she absolutely must watch every day.

When asked, “What do you want to do?” her standard answer has become, “Mouse Exercise!  Basement!”

The video quality is archaic, the hairstyles defy gravity and the leg warmers, they were so out, they came back in.. but none of that matters to her.  She LOVES it!

I have to admit, it’s charmingly catchy — you can watch a short clip here —  but don’t blame me if later today you find yourself singing, “Keep you body movin’ til your spirits rise… c’mon everybody and mousercise…”

For the entire 55 minutes, she bops along with the Mousketeers.  When the first time came for leg lifts, my girl, who normally protests even the thought of any slightly challenging physical activity, laid right down, bent one knee and tried with all the strength she could muster to lift her leg surprisingly high!  At that moment, all I could think was — behold the power of Disney.

As I watched her, I thought about what we’ve been doing biomedically and realized, there might just be a blog post waiting to be written about our new old-school choices.

Back to the Basics

If you’ve been following along,  you know that my daughter was diagnosed with PANS / PANDAS

At three separate times, I tried stopping the antibiotics, but every time, her symptoms returned within about a day and a half.  I would immediately put her back on the antibiotics and the tics and OCD would leave again.

Of course, I was worried about the effect of the antibiotics on her gut, but didn’t know what to do.  In one desperate email exchange with a fellow mom of a PANS child, I posed the question:

“How are we supposed to know what’s worse, a bad brain or a bad gut?!” 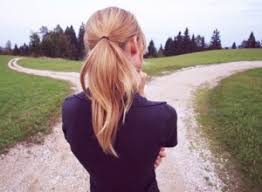 And really, what a conundrum because with the gut-brain connection, when you give antibiotics that are damaging the gut, even though PANS symptoms are under control, it’s only a matter of time before the cart topples over and the gut problems cause other symptoms.

I knew we needed to stop the antibiotics, but with several failed attempts in the past, I wasn’t looking forward to it.  That is, until I got some encouragement.

Sticking with the program

First, I got an AA Sponsor… ‘Antibiotics Anonymous’ as she referred to herself. My
friend Jessica, urged me to contact her day or night if I felt myself grabbing for the bottle — of Amoxicillin.

She gave me some suggestions on products and dosages.  I found that I had most of the products, but my doses were far too low.

I also did a little research of my own to further boost my confidence.  I learned that Goldenseal was the original remedy for strep (among other bacterial infections) before the advent of antibiotics.

You can read one study here that explains how botanical medicines act through multiple different pathways, which may reduce the development of antibiotic resistance.

They also found synergistic antibacterial activity between Goldenseal and Berberine:

“We observed pronounced antimicrobial activity of extracts from the aerial portions of goldenseal, which could not be attributed to berberine alone.” 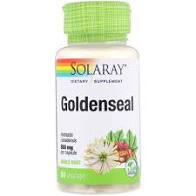 I used Goldenseal in the past, but was giving only 200 mg per day. The moderator of a recovering from autism group I’m in recommended 500mg 3+ times per day. Quite a difference!

Her doctor gave us a green light too.

Encouraged to give au naturel a try again, I devised a plan. Based on everything I learned, I decided to use:

I was already using OoO and Berberine at much lower doses.  The OLE and Lauricidin, were supplements I used in the past but abandoned.  Why?  Because they caused yeast flares.  Which is why my doses of OLE and Lauricidin are relatively low.

To explain the yeast issue: OLE, while it fights bacteria, it also goes after viruses with a vengeance and their ‘die off’ causes yeast to flare. Accordingly, my natural PANDAS ‘protocol’ is much heavier on supplements that work primarily against bacteria, and not as much on viruses.

When her immune system is stronger, we will more aggressively attack them, but we’re not there yet.

Success!  Every day she remained off the antibiotics, I felt cautiously optimistic.
After a week, I was shocked.  She actually seemed to be having die off, marked by irritability, which meant that the naturals were probably killing more than the antibiotics.

The most surprising outcome was improved sleep.

When her PANDAS flare began, her sleep deteriorated. When she went on amoxicillin, her behaviors improved, but her sleep went from bad to unfathomable.  After 2 weeks off amoxicillin, she slept well 4 nights in a row.  Again, I was shocked.  She continues to sleep much better than when on antibiotics.

Then it happened, after 4 weeks of being mostly OCD and tic free, several of her past behaviors very slowly started to reappear.  I felt as if the rug was being pulled out from under me and to make matters worse, it was three days before Christmas!

My former self probably would’ve reached for the amoxicillin bottle, but instead I sent a message to Jessica.  I knew I wasn’t actually going to cave in, but I was concerned.  It didn’t look like die off, it looked like the same old symptoms, gradually increasing each day.

She reminded me that healing does not occur in a straight line.  And often as you destroy biofilm, which we were also dabbling in, pockets of bacteria can be uncovered & released – which is good, because otherwise they can remain forever.

This process though, could explain the return of symptoms until her body fights off the newly exposed bacteria.  All of this I knew – but needed to hear.

I stuck with the program and bore down.  Left wondering each day – especially difficult on Christmas Day – if our team was powerful enough.

By December 27, she was back!  The OCD and tics faded and she was engaged, communicative and basically the girl we knew the week prior.

It was then that I truly believed we could do this without pharmaceuticals. Before we were maintaining.  But now, NOW, we were actively fighting and winning! There’s a big difference.

And at that moment, all I could think was — behold the power of natural antimicrobials.

In the end, I’m happy to report that it’s true… our house has gone totally 80’s.

From the 1980’s workout tape to the 1880’s tried and true bacteria killing herbs, we’re finding that what’s old is new again and perhaps didn’t need replacing after all.

To learn more about the importance of choosing natural options instead of prescriptions (whenever possible), I highly recommend Jessica’s post “Pharmaceutical Minefield”

Although neither of our brands (Integrative Therapeutics & Solaray) indicate that restriction, I asked her biomedical doctor.  She told us there is not any reason for the ‘warning’ and that she has patients who have been taking it for over a year.

For additional and recent posts about my daughter, please see this page.

thank you to our

Categories that may interest you

We welcome all parents of children with health and/or neurological challenges to join our Facebook group. Together, we never lose hope that we can recover our kids!