Many people wonder why kids with autism should be treated medically. This is a common question – and a good one. To explain, I have compiled my favorite recent studies that show autism has medical underpinnings and children with autism should see a functional medicine doctor for proper testing to determine what is happening in their body to develop a treatment plan.

We live in an exciting time. The science is constantly changing and emerging. There is so much hope for our kids.

Let’s begin with some startling statistics:

Kids with autism can have other medical conditions that should be tested for and treated. Parents and doctors have found that treating these comorbidities will reduce the autism-like behaviors and most importantly make the child more comfortable.

Let’s take a look at seven of these co-occurring medical issues in kids with autism and what the science is telling us:

Approximately 41% of ASD kids will have seizures by the time they are adults.  That is an alarmingly large number.

There are many types of seizures. You may not know your child is having them. They may occur during sleep or as staring spells or present differently. I believe every child with autism should have a 24-48 hour EEG to catch any abnormal brain activity. More information on seizures in ASD found here.

This is an excellent paper on Seizures in autism.

Do you know kids with autism who fatigue easily? Who have low tone?  Slump when they sit?  Have an awkward gait?  Get constipated easily? Have slower processing speed?
Then you will want to look at mitochondrial dysfunction.

Children with autism are more likely to have mitochondrial dysfunction, mtDNA overreplication, and mtDNA deletions than typically developing children.  Source.

“Up to 50% of children with ASD may have biomarkers of mitochondrial dysfunction and a higher rate of abnormal electron transport chain (ETC) activity is found in immune cells and post-mortem brain tissue.” Source.

Mitochondrial dysfunction in the gastrointestinal mucosa of children with autism: A blinded case-control study

With a mitochondrial cocktail given at proper doses, many kids with autism improve greatly.
Doses of vitamins are listed in Table 3 of this publication titled: Primary Mitochondrial Disease and Secondary Mitochondrial Dysfunction: Importance of Distinction for Diagnosis and Treatment 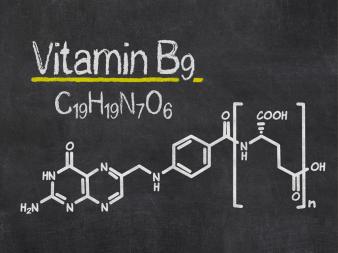 Cerebral Folate Deficiency (CFD) is a relatively newly identified disorder in which there is low 5-MTHF (5-methyltetrahydrofolate) in the cerebrospinal fluid but normal or even elevated 5-MTHF in the blood.

5-MTHF is the bioavailable form of folate. Folic acid is the oxidized form of folate and supplementing with it can often makes problems worse and not better.

Treating CFD can be life-changing for some kids with a autism.  More info on CFD here.

Folate receptor autoantibodies are NOT the only reason for Cerebral Folate Deficiency.  It can also be due to genetics or mitochondrial dysfunction (as is discussed above) or something that we don’t even know about yet.

The main take away is that CFD IS TREATABLE.

Glutamate is a non-essential amino acid. It is either bound in protein as glutamic acid or unbound as MSG (Monosodium glutamate). It is excitatory neurotransmitter, which is stimulating.

Do you see kids with autism flapping or rocking? Do you see them having racing thoughts or getting stuck in their rigidity?  Look at excess glutamate as a possible cause.

Glutamate and GABA are like a seesaw in the brain.  They need to balance.  Kids with autism tend to have too much (excitatory) Glutamate and not enough (calming) GABA. Source.

The REID diet that gets rid of all forms of dietary glutamate is used to treat some kids with autism very successfully.  There are also medications like Namenda that can help lower glutamate in the brain.

Two sources that are helpful on this topic are Unblind my Mind and Nourished Blessings.

B12 connects the folate cycle to the methylation cycle and is used to treat redox abnormalities.

Studies show that Methyl B12 helps with speech, sleep, energy, processing speed (cognition), focus and attention in some kids with autism.

This randomized, placebo-controlled trial of Methyl B12 for children with autism was released in 2016 showing a clinical improvement in the kids receiving methyl B12 as it correlated to higher levels of methionine in the blood.

B12 Deficiency is TREATABLE. 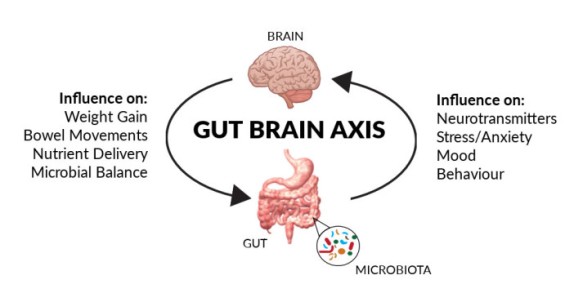 We know that the health of the gut directly impacts the brain.  In fact, just this year scientists found a neuron circuit that ties the two together.

Per studies, the microbiome of the child with autism is much less diverse than their neurotypical counterparts.  200-300 fewer species of bacteria in ASD kids.

Dr James Adams and his team at Children’s Hospital of Arizona are doing trials on fecal matter transplants for kids with ASD. Results are promising.  Phase 2 trials are underway.  The study team has released information that two years after the fecal matter transplant in participants, the gains have stuck and their gut microbiomes are even more diverse now.

A new study just released shows that kids with autism have a higher rate of IgG antibodies to candida than their neurotypical counterparts. Treating candida can help improve the child.

Making sure there is no constipation via KUB (abdominal x-ray) and making sure stool is moving is very important for all kids, but especially kids with autism since they cannot communicate pain to us as well.

For the past several years, studies have been telling us the immune system is dysregulated in autism.

Here are just a few examples of studies on the topic:

The Role of the Immune System in Autism Spectrum Disorder

Immune dysfunction in autism: A pathway to treatment

Many people believe finding a way to modulate the immune system may be the key healing autism.

There is a very small published study out of The University of San Diego that was extremely successful with kids on the spectrum. It looks promising for our kids. More research will be needed.

In the study, the drug Suramin was used because of its action on a type of receptor called the purinergic receptor.  The theory is that once the body’s cell danger response is turned on, it is not turning off properly so the body remains in a state of inflammation and immune dysregulation.  This causes ATP to leak from the cell.  The study used an anti-purinergic drug to stop the ATP leakage and saw this stopped the behaviors related to autism and allowed the kids to learn.  Phase two of these trials begin in 2019.  Stay tuned!

Using supplements and possibly even medications to modulate the immune system may be helpful for kids with autism.

It’s time we stop treating autism as a psychiatric disorder and treat it as what it is…   A medical condition.

Our family and many other families are using MAPS doctors to treat their children with autism.

Medical Academy of Pediatric Special Needs doctors are trained in the most recent science and can properly test and treat.  You can find a list of clinicians here.

It’s my goal, and I think every parent’s goal, to have a happy, healthy child.

Armed with the above scientific research and medical treatments, it truly is possible to help our children feel their very best.

4 thoughts on “What is science telling us about treating autism?”

thank you to our

Categories that may interest you

We welcome all parents of children with health and/or neurological challenges to join our Facebook group. Together, we never lose hope that we can recover our kids!